SDGs Awareness Survey: Fourth Report The number of respondents who had heard of the SDGs rose to 19 %. 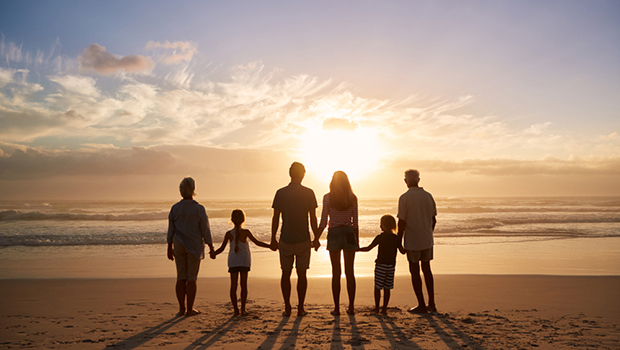 The individuals surveyed were Tokyo and Kanagawa residents aged 15-69 years and registered with the PC Research Panel survey service. They were surveyed via the Internet on February 14 and 15, 2019. The survey ultimately gathered responses from 3,000 people. The third survey was undertaken in July 2018, the second in February 2018, and the first in July 2017. (In this article, survey results are rounded to the nearest whole number.)

■ The number of male respondents who reported having heard of the SDGs
grew considerably.

When asked, "Have you ever heard the term 'Sustainable Development Goals (SDGs)'?"

up five percentage points from the previous survey.

A breakdown by gender shows the following:

The percentage among men rose sharply. 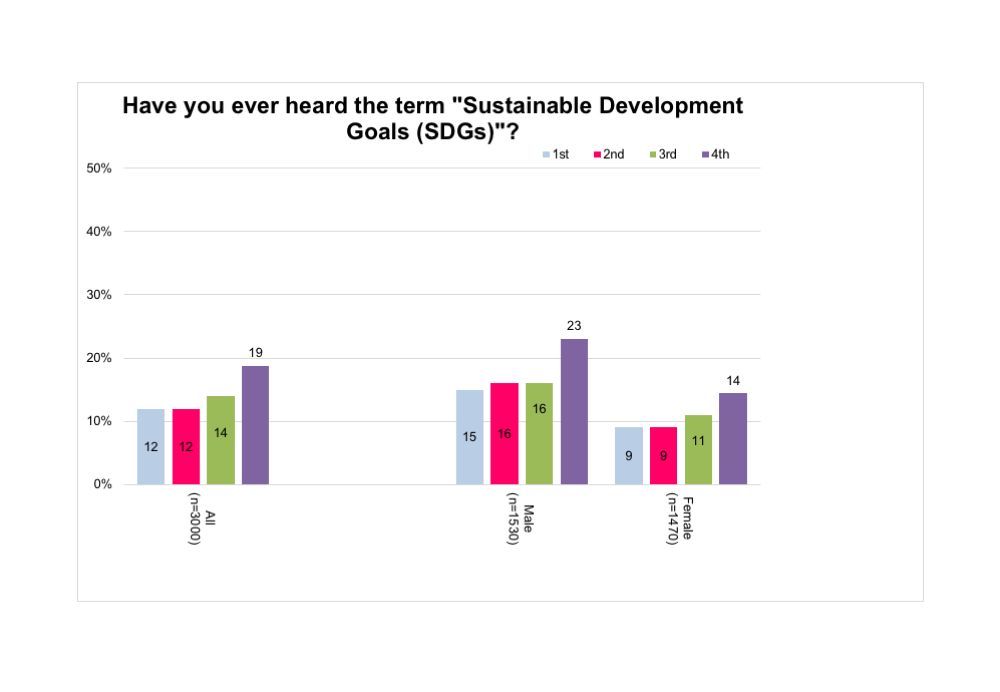 A breakdown by occupation shows an overall increase in percentages responding "Yes" across various occupational categories, with the top three given below.

This marked the first survey in which the percentage of those in managerial professions who reported having heard of the SDGs exceeded 30 %.
The figure for those in administrative and technical positions also rose, moving to second place, ahead of students. 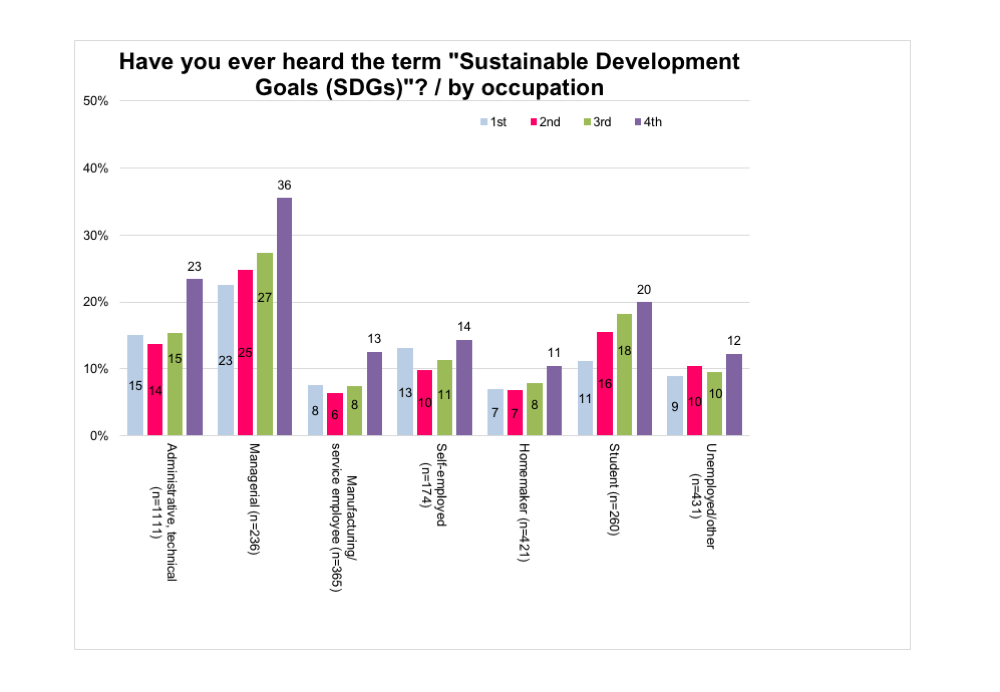 ■ Respondents learned about the SDGs from newspapers, television, and work.

Respondents other than those who said they knew nothing at all about the content of the SDGs were asked: "How did you learn about the SDGs?" The top three answers were: 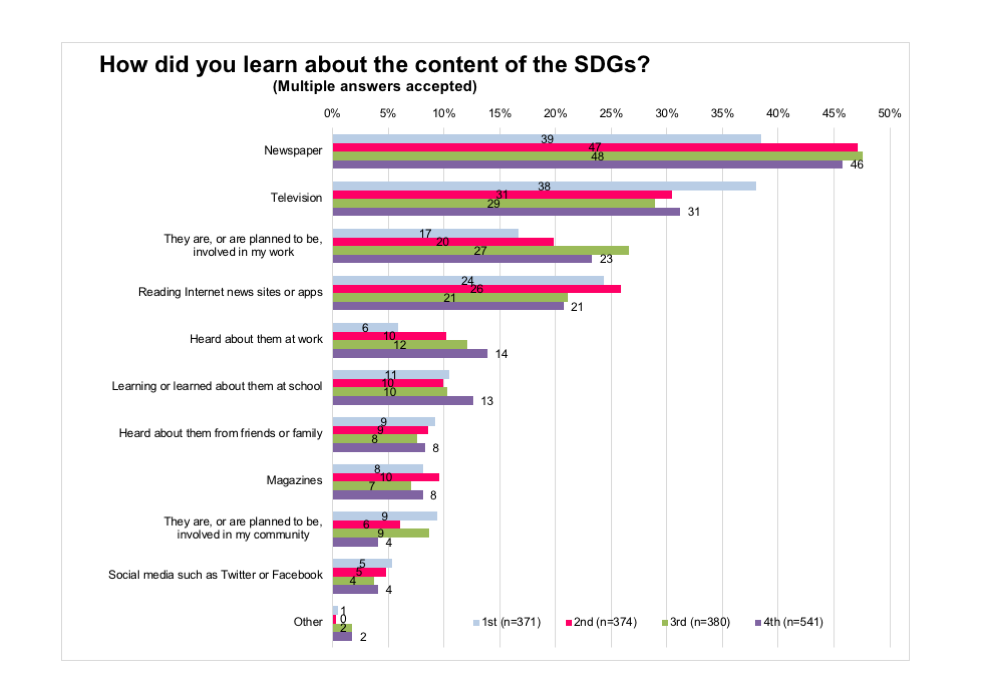 ■ The goals attracting interest concern
Health and well-being, Poverty, and Life below water.

When all respondents were asked which of the 17 goals interested them, the top answers were:

Figures rose compared to the previous survey for nearly all of the Goals. 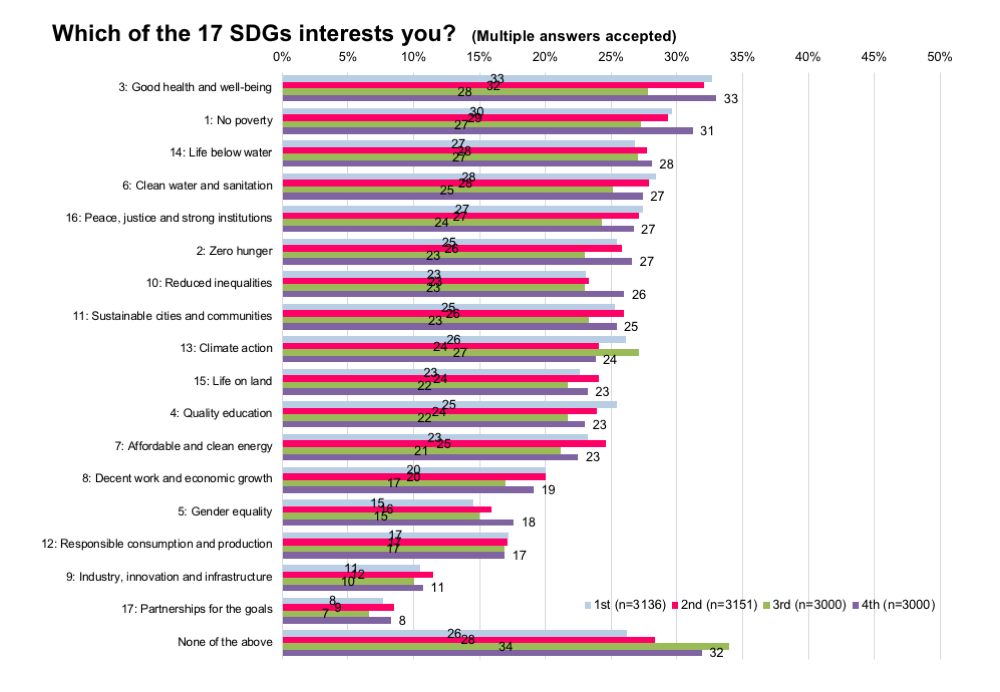 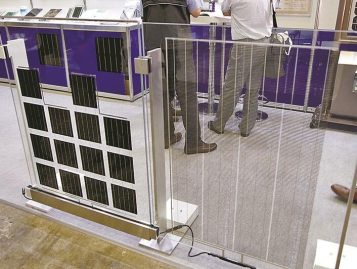